Getting a proofreader in Whangarei/Northland will help you avoid mistakes which some people might sensationalise.

Spelling mistakes can harm your brand, your communication, turn off audiences, or give media something to make fun of.

Now, I don’t make fun of people that spell stuff wrong in business communications. Firstly, I turn out such a high volume of copywriting and creative writing that there are plenty of mistakes in my own work. I have published books with embarrassing typos in them which I can’t undo.

Secondly, many successful business people I’ve worked with over the years have exhibited dyslexia. There is a connection between being dyslexic and having a creative, entrepreneurial mind.

Spelling mistakes are a bit unfortunate when they are carried into signage, though – they cost money. Example: there used to be a sign in the Pukenui Forest bush just behind the Quarry Arts Centre in Whangarei with a beautiful Maori geographical name turned into utter gibberish.

If you’re a Northland organisation not putting much effort into proofreading and checking for spelling mistakes, here are a few of the things that can go wrong:

One of the most commonly-misspelled words is Whangarei itself.

Without further ado, here are screenshots of some ‘Whanagarei’ typos from around town: 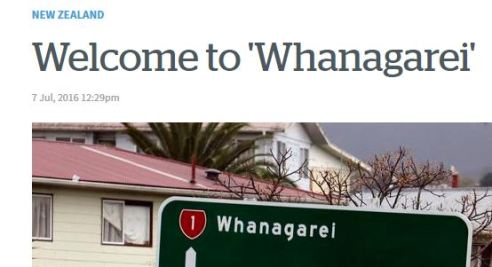 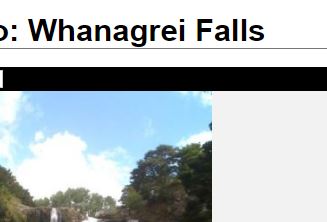